FREE SHIPPING ON ALL ORDERS 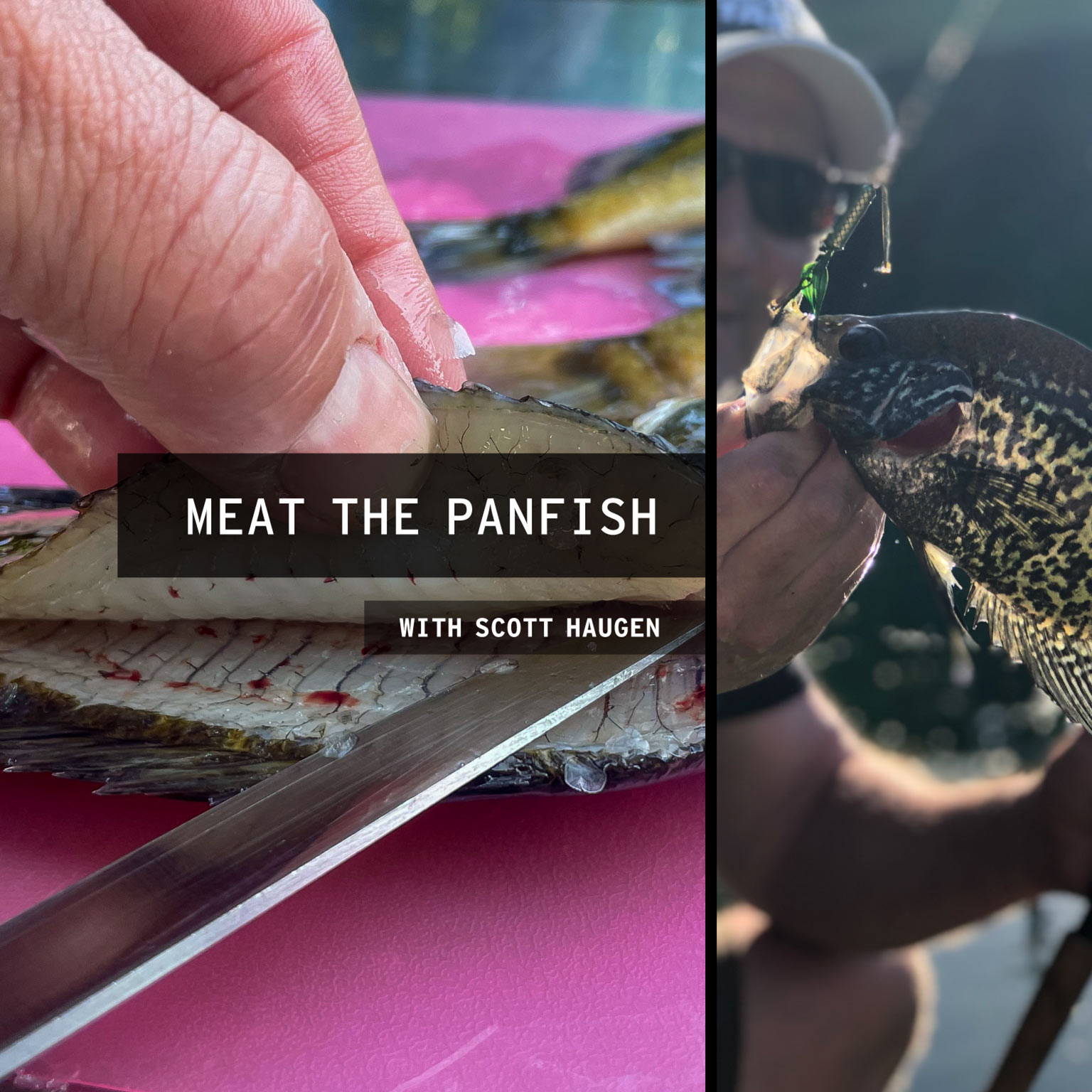 Panfish are a warmwater species that are much more forgiving than trout or other coldwater species when it comes to preserving them, once caught. Since large numbers of panfish are often caught, it’s common practice to keep them all alive until done fishing for the day. This can be achieved by placing the panfish on a stringer or putting them into the livewell in a boat. They can also be kept alive in a large bucket or cooler, but make sure the water is changed out so they don’t run out of oxygen and suffocate.

An aerator can be placed in a cooler of lake or pond water in order to keep oxygen levels high and the fish, alive. You want to avoid the fish dying due to lack of oxygen, which can stress the muscles, thus compromise meat quality. 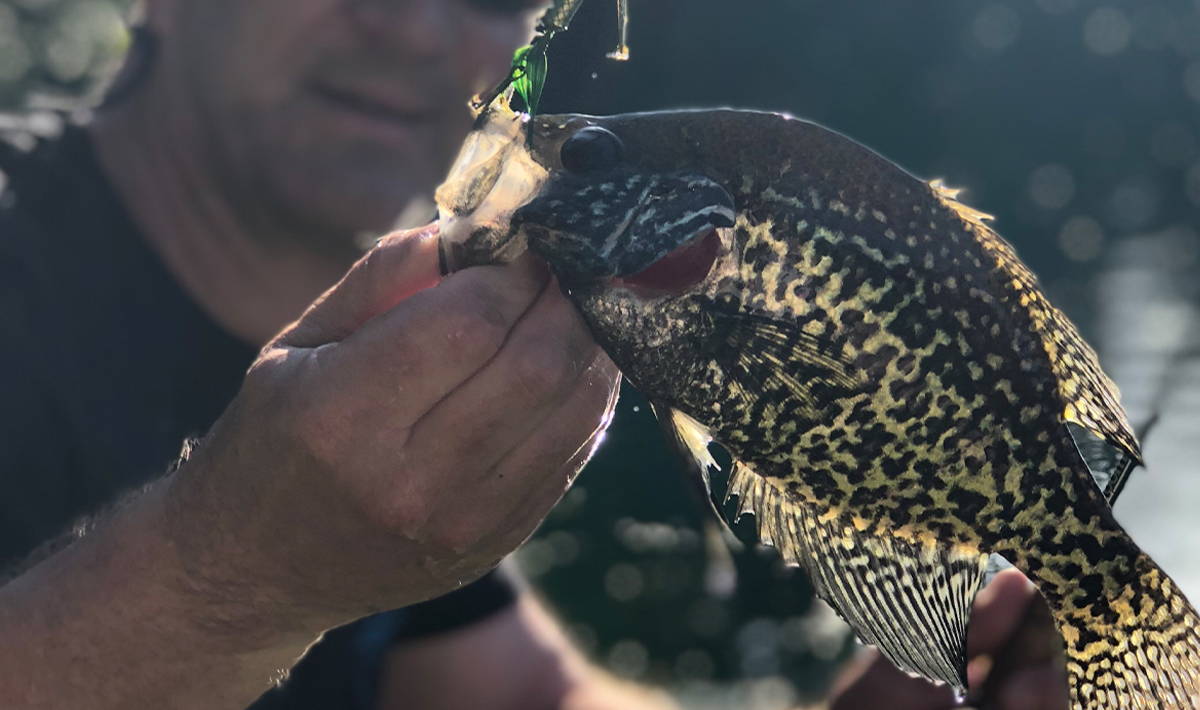 When it’s time to head home or back to camp, you have a couple options when it comes to taking care of your panfish. If the panfish are on a stringer, give each fish a strike to the head. This will ensure a quick death rather than have them suffocating. Then put them into a cooler with ice to get them chilling.

If transporting fish in an aerated container, you can kill each one prior to cleaning it.

When filleting a panfish, the initial cut is made behind the pelvic fins, so bleeding them by cutting in front of the fins will not result in meat loss. Whether or not you decide to bleed your panfish is personal choice. Some people elect not to bleed a panfish since it is often kept alive moments before being filleted, and the thin fillets are easy to rinse clean once removed 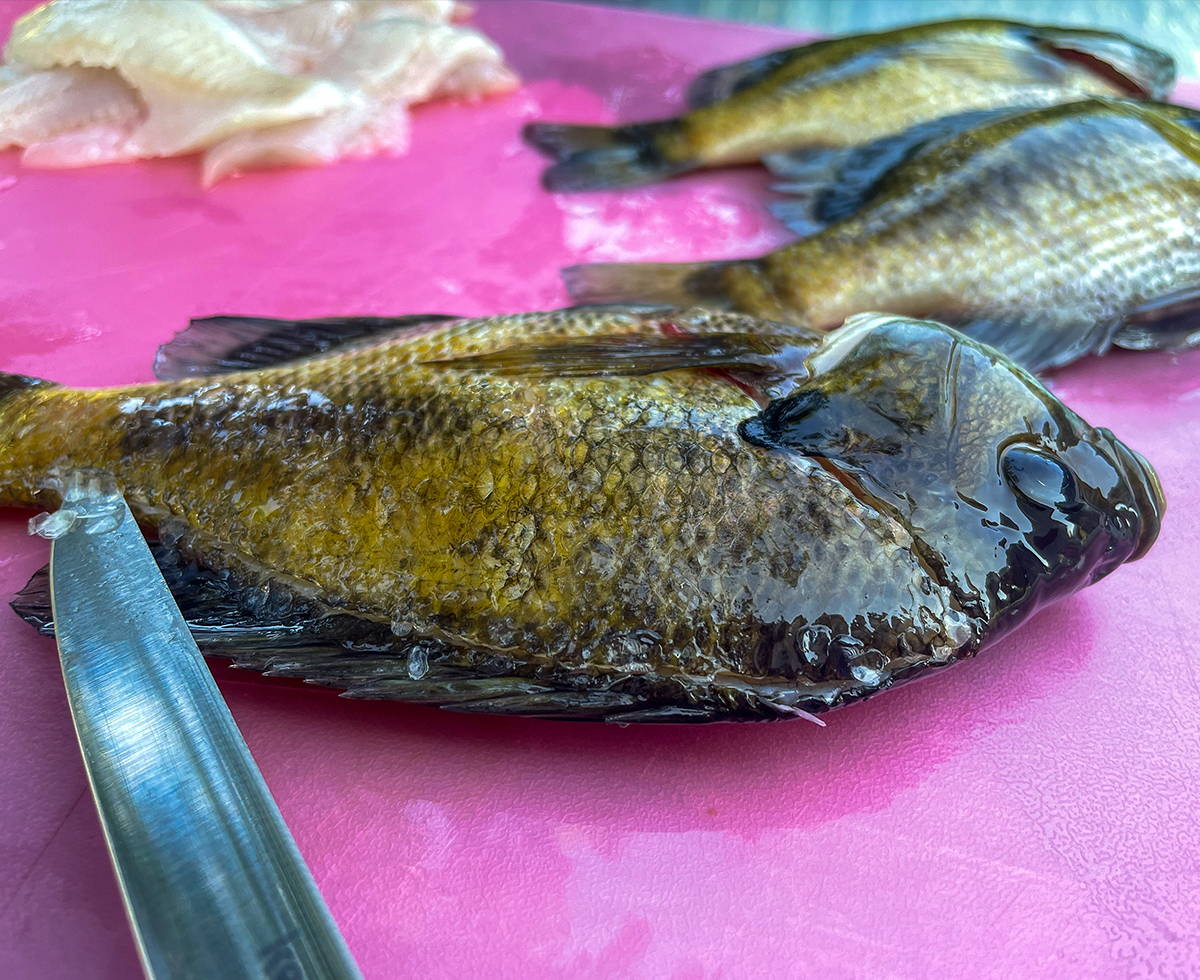 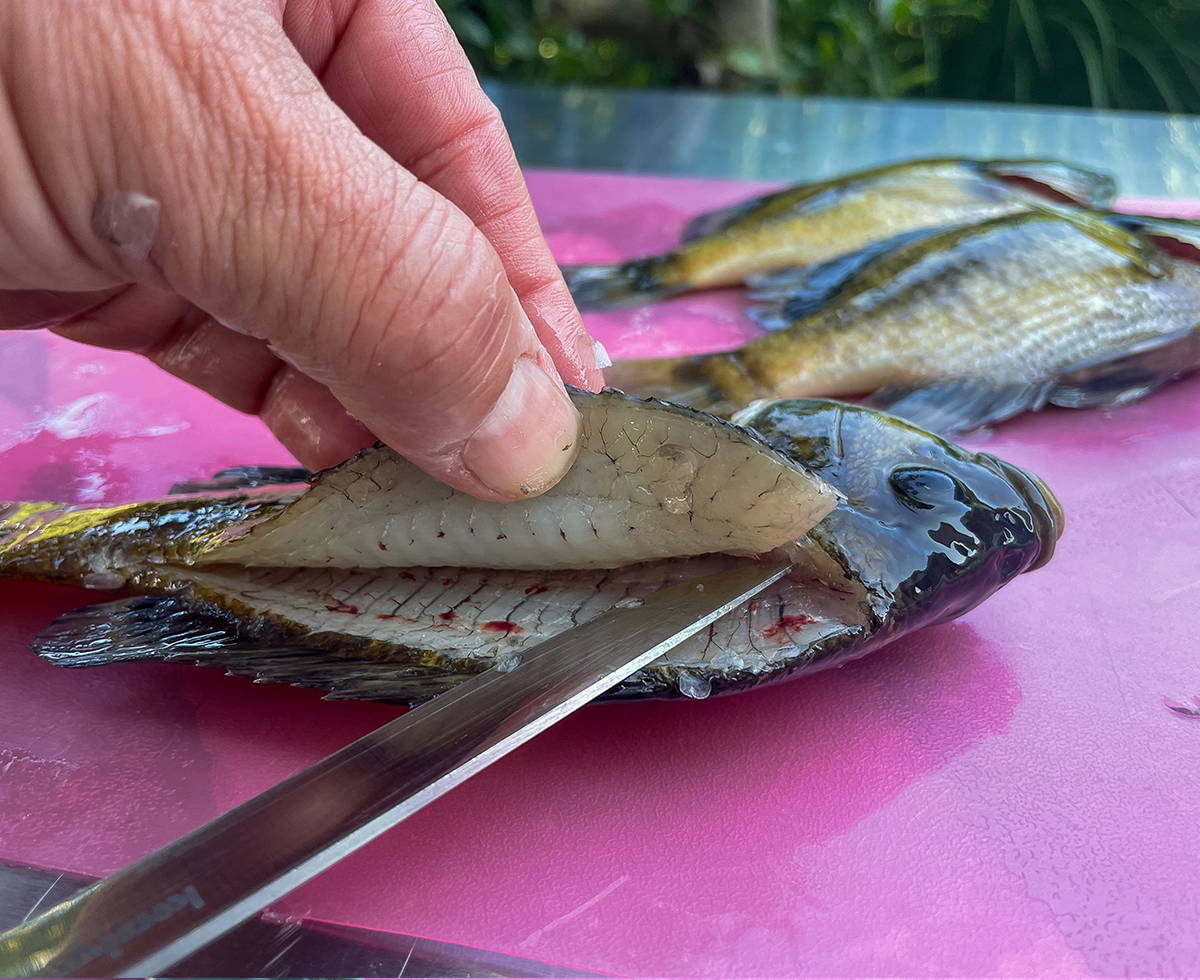 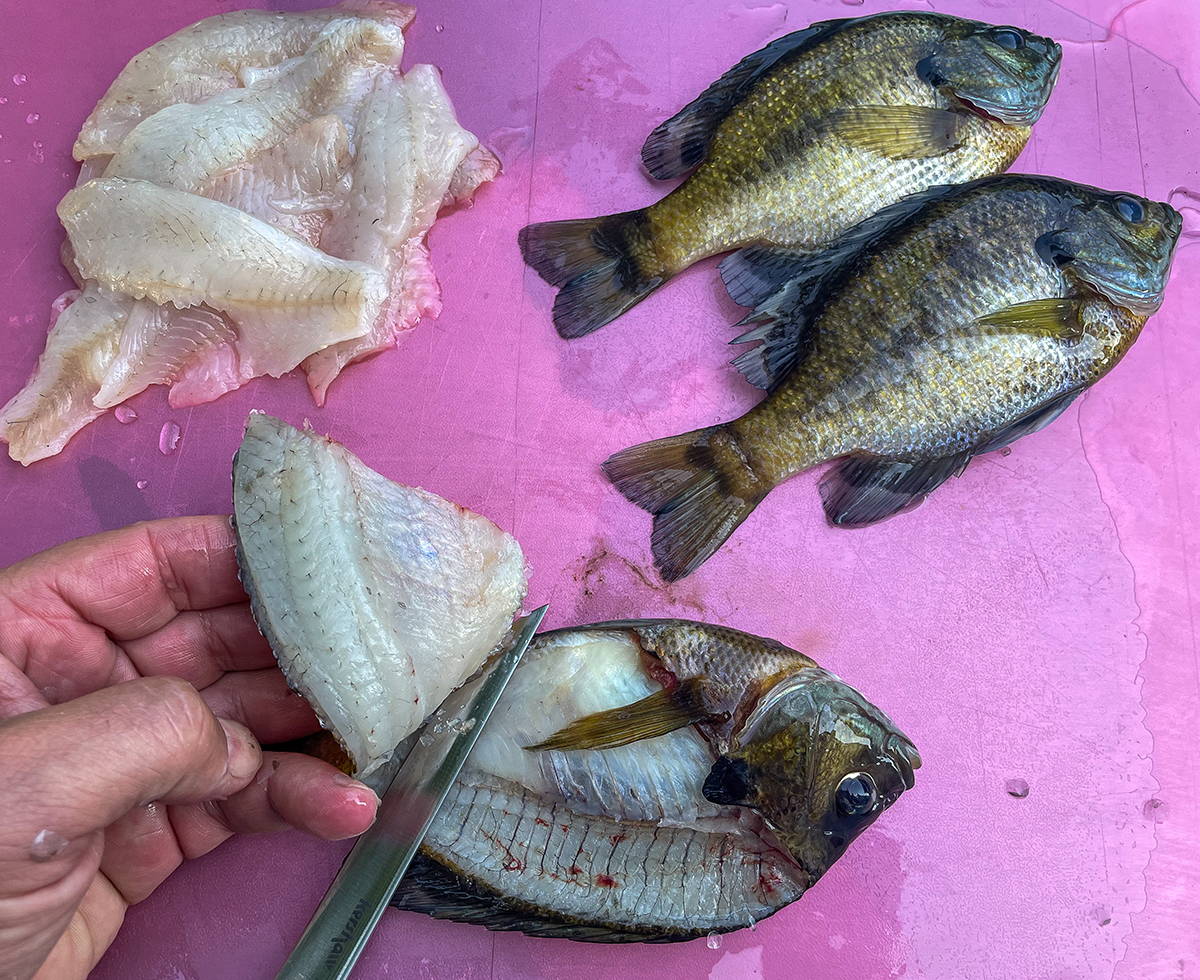 To fillet a panfish, a 7” fillet knife with a flexible blade is ideal. A flexible fillet knife allows you to work along the edge of a cutting surface and articulate the blade through bones, rigid scales and delicate flesh.

A cutting board that can be positioned on the edge of a table or counter top so your cutting hand can be even with or below the level of the fish, is ideal. This will allow easy cuts to be made with maximized meat retention.

When filleting a panfish, work with the fish on its side, with the dorsal fin

facing you. As you become more efficient with the filleting process, you’ll be capable of moving the fish around and cutting from multiple angles.

Start by positioning the blade of the knife behind the gill plate, pectoral and pelvic fins. Tilt the blade at about a 45º angle in order to get under the scales. The scales of panfish are tough, but the skin is not. Cutting beneath the scales, rather than through them, will maximize meat quality.

Begin cutting toward the mouth of the fish. As you cut, maneuver the thick end of the fillet knife around the gill plate, toward the front of the head. You’ll see and feel the meaty spot atop the head, between the gill plate and the spine. There’s a good deal of meat here, so be sure to cut as far forward as you can.

There is no meat, only bony and cartilaginous tissues, forward of the pelvic fins, so keep the cuts behind them.

Once your blade hits the spine, there are two fillet options. Some folks simply turn the knife at a sharp angle and cut through the rib bones, scales and skin, all the way to the tail. With this cut, the ribs will come off with the fillet, and can be easily removed.

Toward the end of the cut try to keep the skin near the tail, intact, so it can be flipped over the end of the tail. This gives an anchor point so the meat can be more easily filleted off the skin.

In order to maximize meat retention when filleting a panfish, and not harm the meat, try this. After making the first cut behind the gill plate and both fins, flip the fish onto the other side and repeat the cut. Then, with the back of the panfish facing you, take the tip of the knife and insert it just under the skin with the blade facing out, where your initial cut ended atop the head. On this second cut, gently slide the blade along and beneath the side of the dorsal fin, all the way to the base of the tail. Making this cut through the skin will allow the fillet cut to be made, smoothly.

Next comes the fillet cut. It’s easier to begin this cut atop the head and along the dorsal fin, where there’s more meat. Simply face the blade into the fish and slide the tip of the fillet knife under the meat and atop the bones, along the entire side of the fish. Keep the blade in contact with the spine at all times, as this ensures every bit of meat is retained. Continue lifting and cutting as you simultaneously work toward the belly and the tail.

As you come into contact with the rib bones, quick, short cuts will need to be made to break through the connective tissues. Once the meat has been filleted away from the ribs, cut through the belly skin, from the inside, out. Continue filleting the meat away from the spine as you cut toward the tail. The ribs and internal organs remain on the carcass.

Stop the fillet cut about 1/4-inch from the base of the tail. Gently flip the fillet over the end of the tail, laying it flat on the cutting board, skin-side down. Press the tail and inverted fillet firmly against the cutting board and slide the knife between the meat and skin, at the thinnest section. Slide the blade all the way to the other end until the fillet separates from the skin. Making this cut with the mid-section of the blade as it’s slightly moved back and forth in small motions will result in maximum meat retention. On larger panfish, this method ensures the meat between the ribs and the skin will be retained.

in MEAT! vacuum seal bags in meal-size portions, seal in a MEAT! chamber vacuum sealer, and freeze. Panfish meat is delicate and proper storage is important. 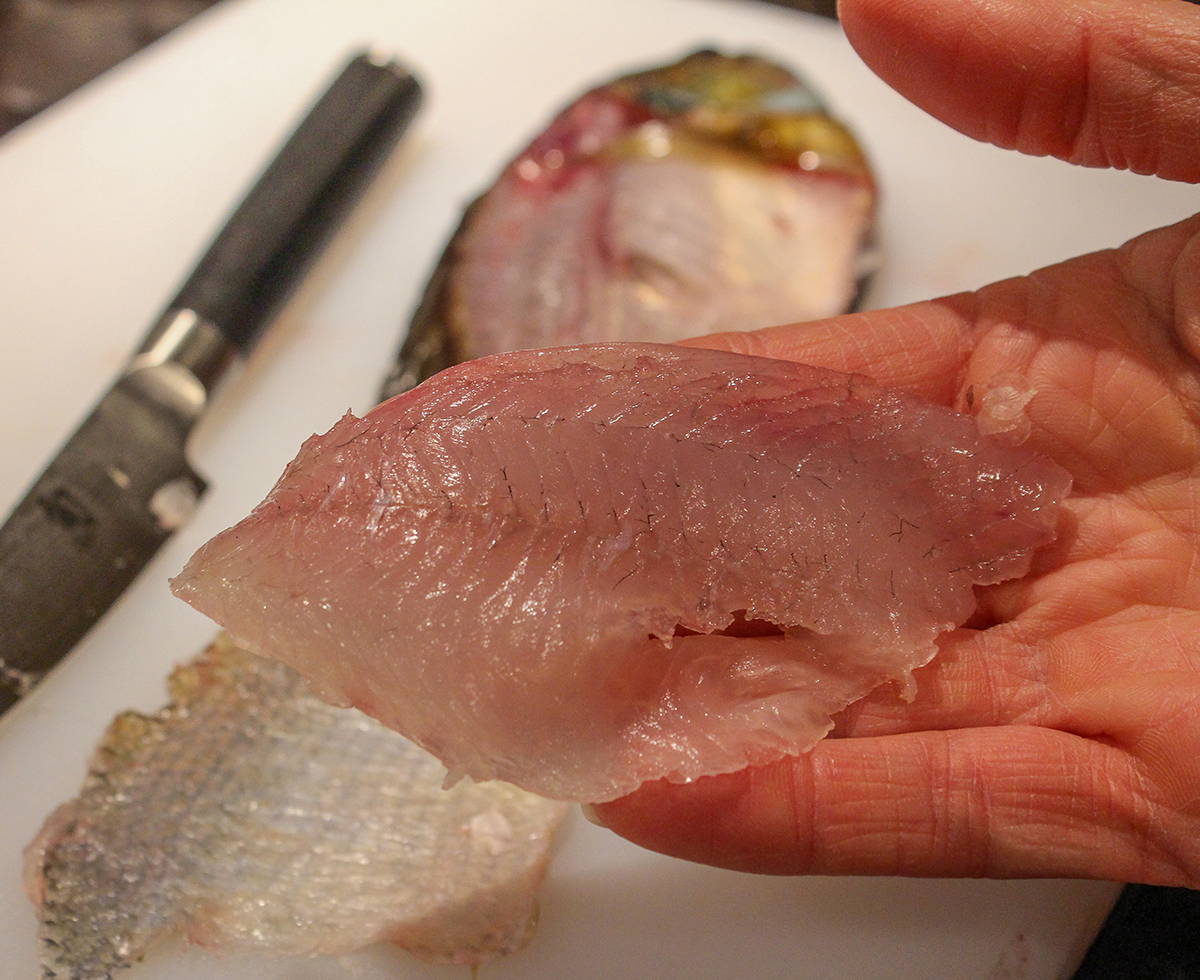 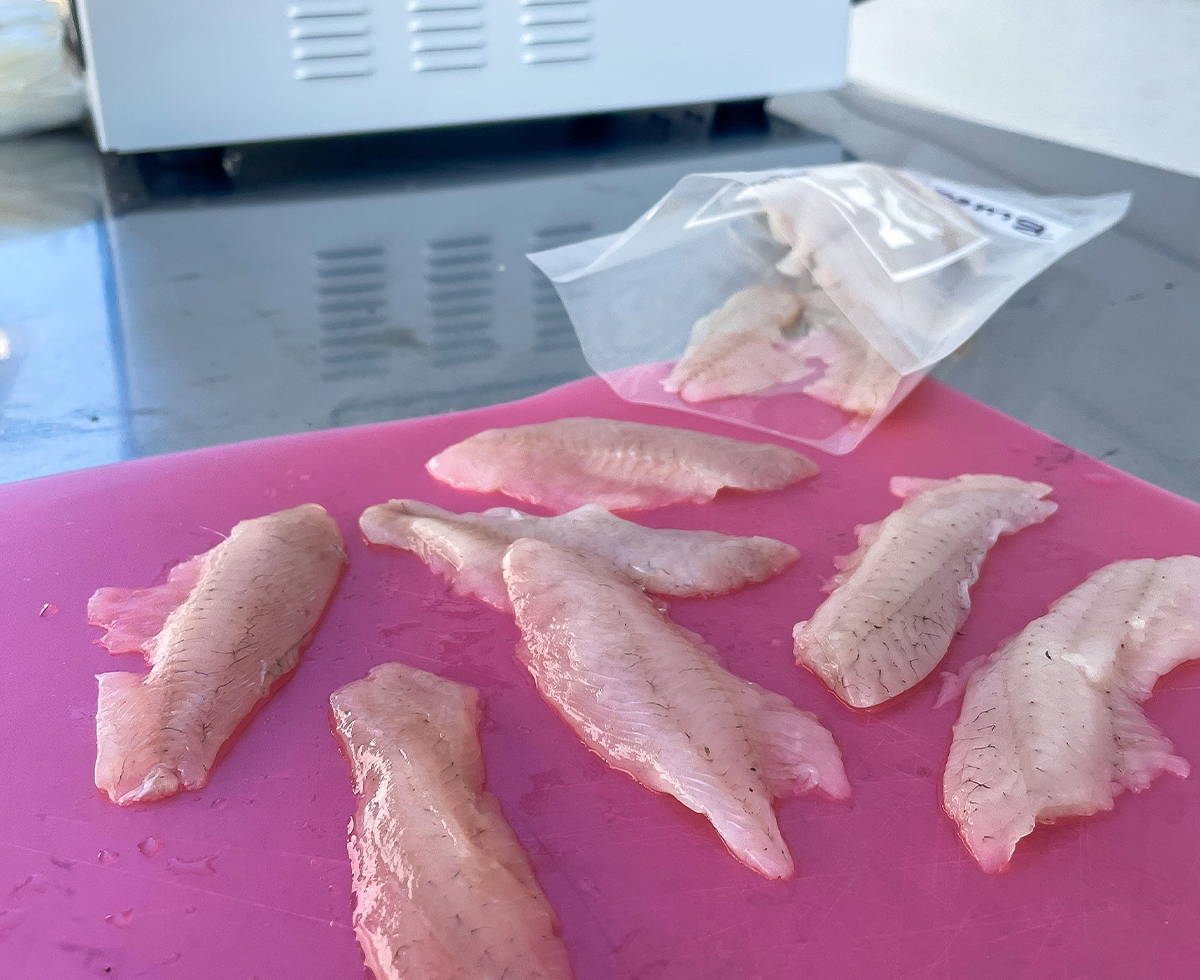 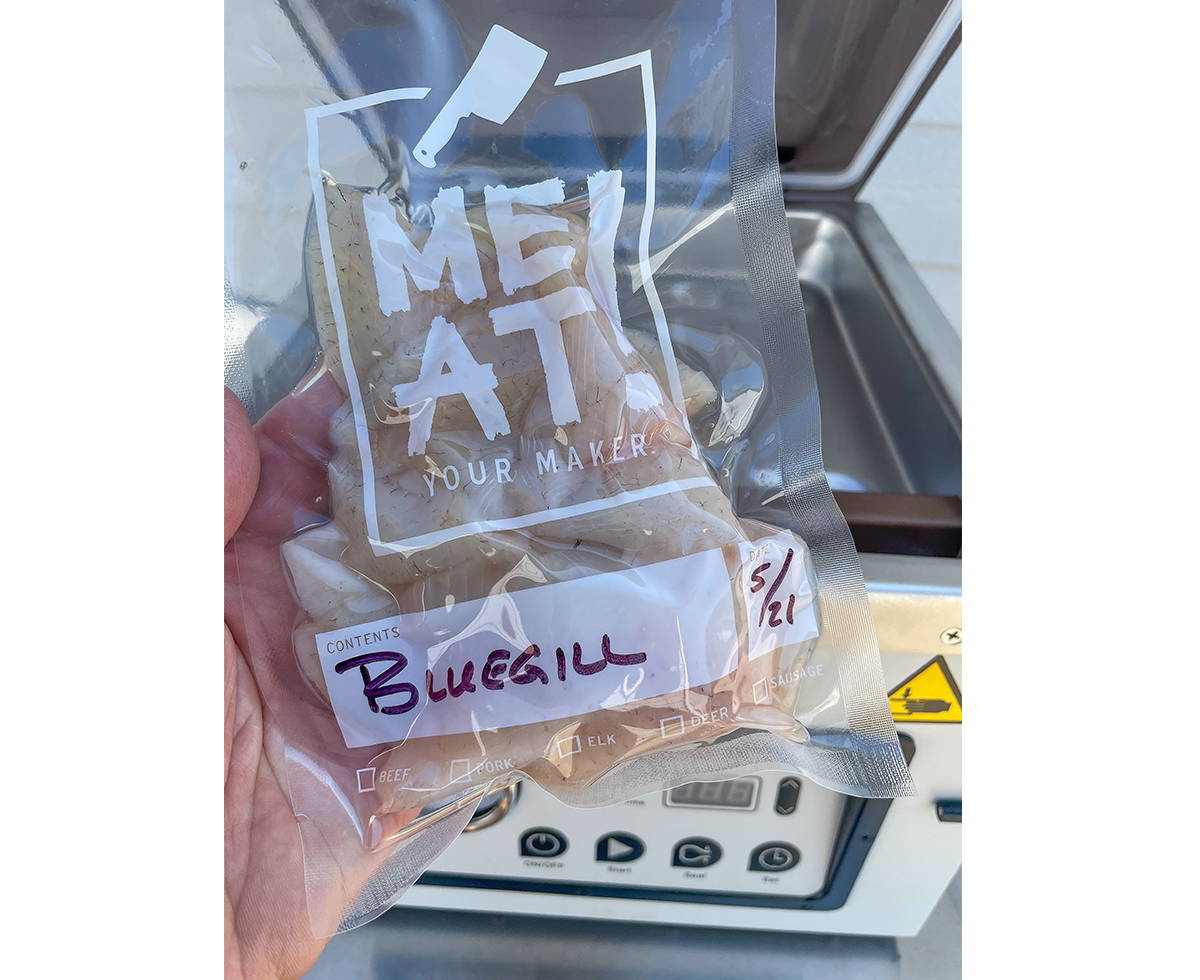 There are many ways to cook panfish. Many people like them fried soon after being caught. Others look for fun ways to diversify their recipes, as it’s common to come home with multiple meals from a day of fishing.

Panfish is a mild meat and easily takes-on the flavor of the herbs and spices it’s cooked in. With that, here’s a fun, easy, tasty recipe that’s sure to be a hit.

1 tablespoon white or flour of choice

Guacamole and/or sour cream if desired

In a medium bowl, mix all ingredients for Cabbage Slaw until thoroughly combined.

Warm tortillas on a griddle or wrapped in foil in a 325º oven. Heat olive oil in a large skillet on medium-high heat. Fry seasoned panfish until browned on both sides, 1-3 minutes per side depending on thickness. Assemble tacos by placing panfish on tortillas, first. Then add guacamole or sour cream, or a combination of the two as pictured here. Top with Cabbage Slaw and a few pickled red onions if desired. Serve with a wedge of lime and radish slices 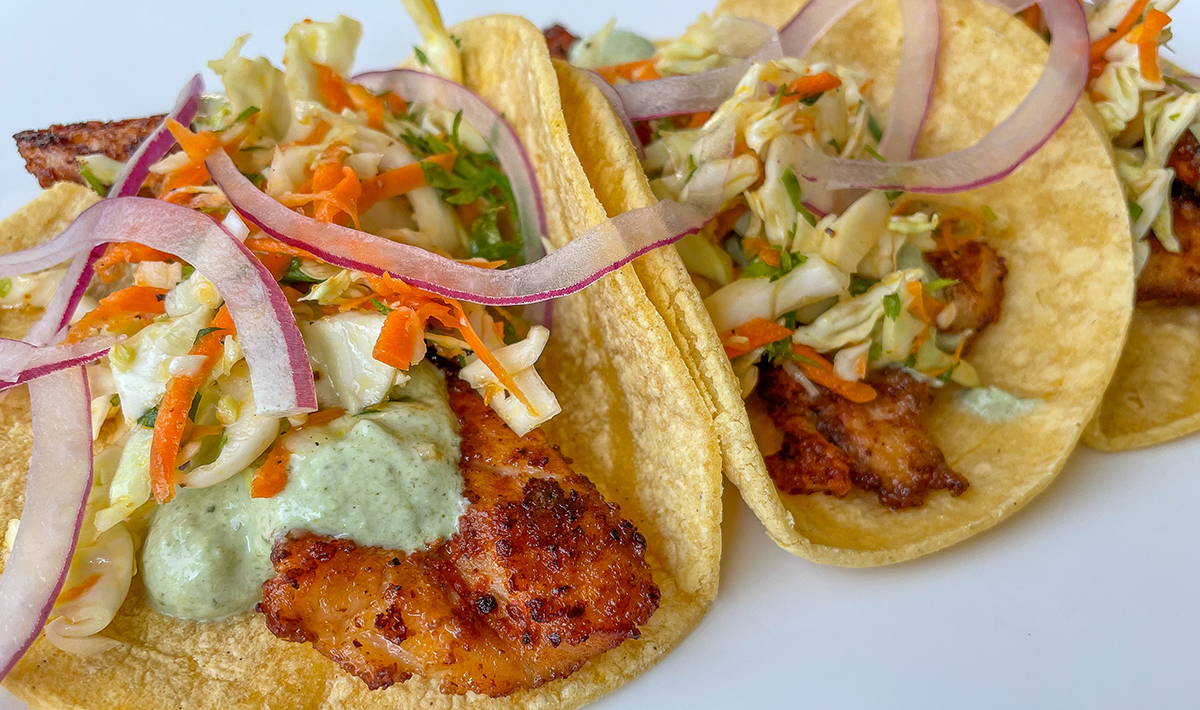 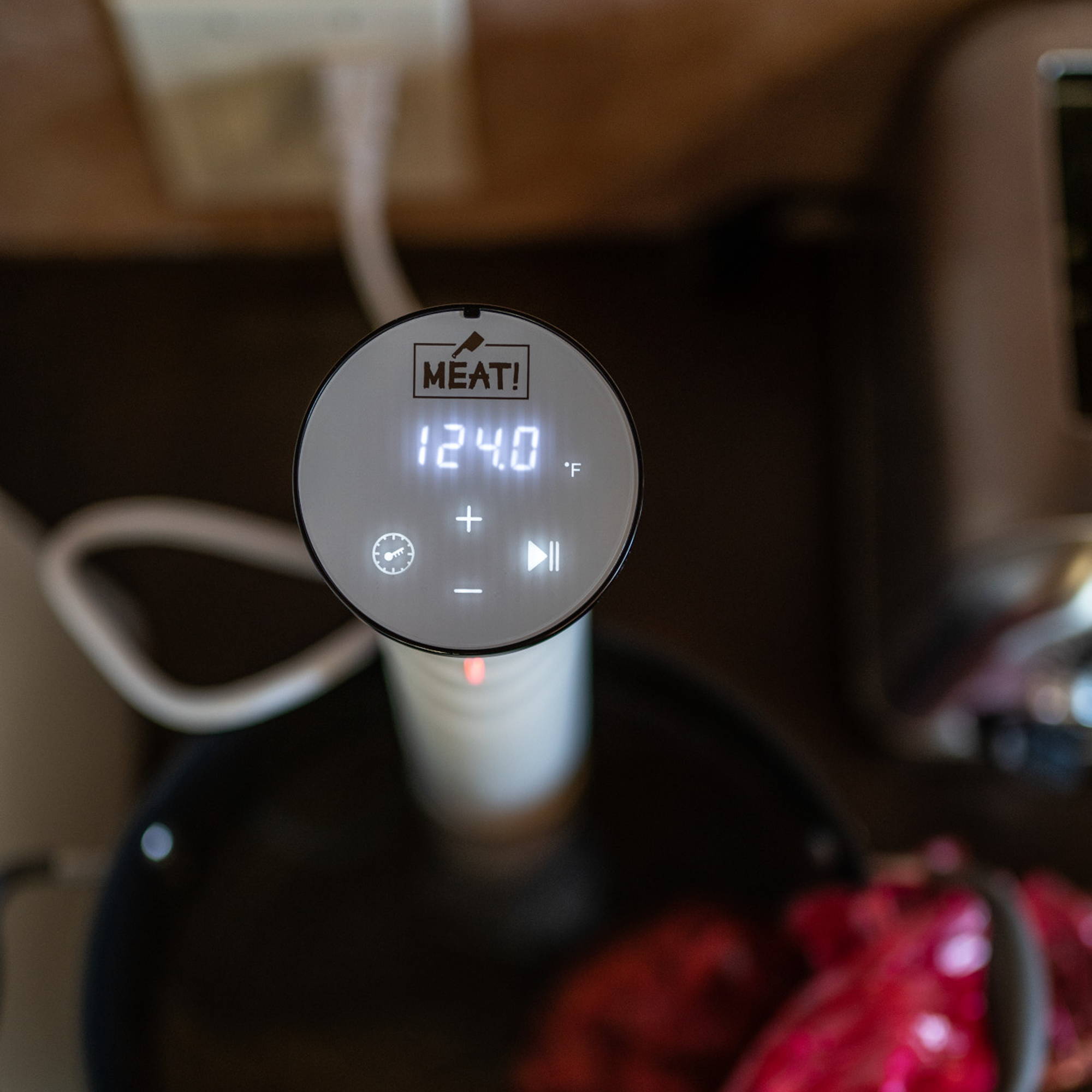 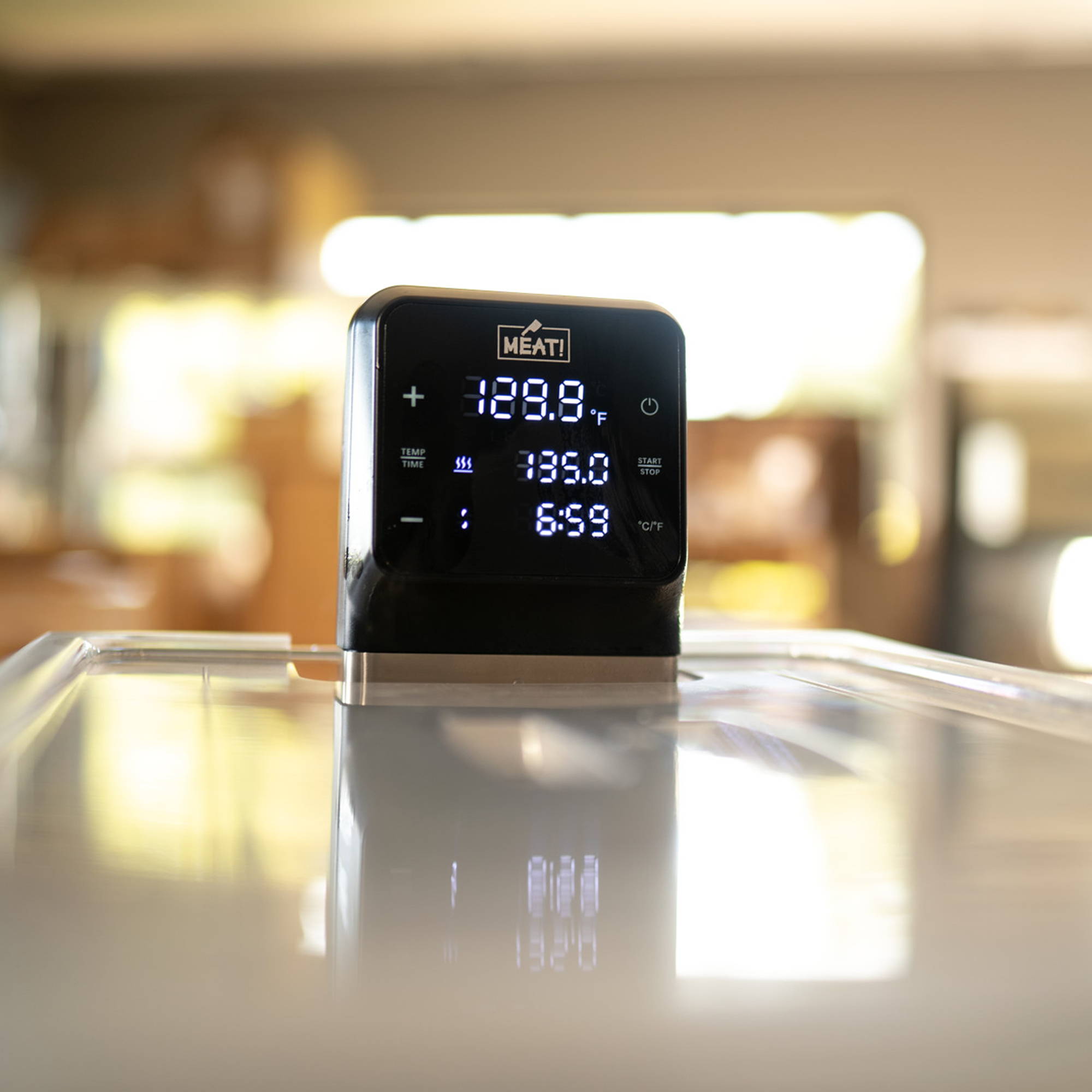 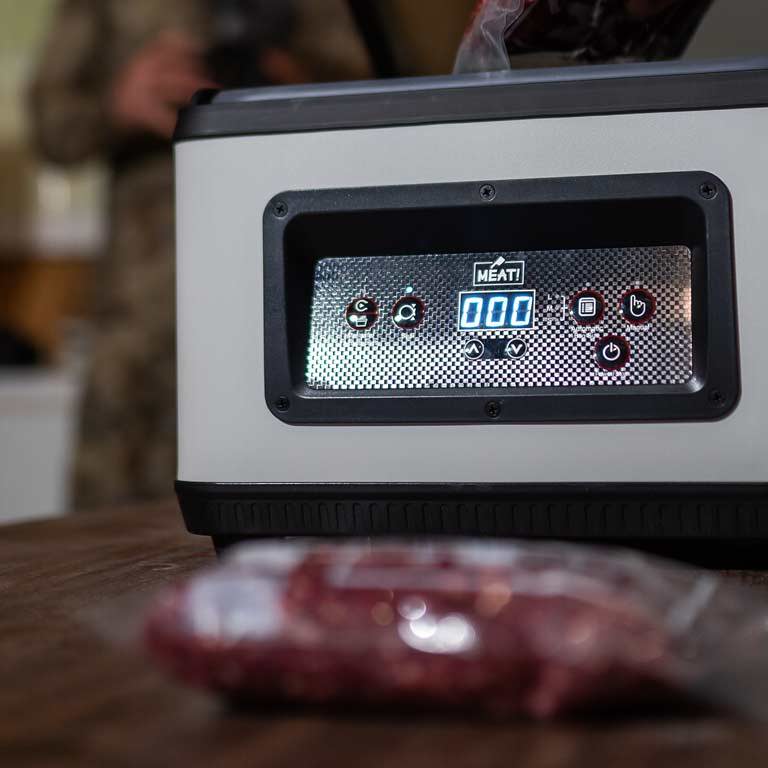